Using Particle effects is easy, load up your particle that has been generated in the ParticleEditor

Rendering particles is great, rendering lots of particles is even better, here is how you do it without melting your users devices.

ParticleEffects are no different than Sprites, in fact they ARE sprites. Take everything you know already about efficiently rendering sprites and carry them across.

If your particle effect sprite shares a texture with all of your other gameplay assets, or at least the ones that are being batched together, you wont have to switch textures, which causes the Batch to flush. You don’t want the batch to flush too often as its an expensive operation, and you won’t get the most out of your Batch.

Creating new ParticleEffects willy nilly? Great, now stop doing that and use a Pool! Unfortunately garbage collection degrades the performance of your game, especially on the mobile platforms, so you want to avoid garbage at all costs. Use of the ParticleEffectPool completely mitigates garbage generation as you will be reusing your ParticleEffect when you are finished with them. No more wasted memory! No more garbage collection

In simple terms, grab a new object from the Pool, use it, when you are finished, return it so you can use it again.

See the example below for how to implement pooling.

For a collection of community created particle effects for LibGDX see the Particle Park
A coding example is available on LibGDX.info 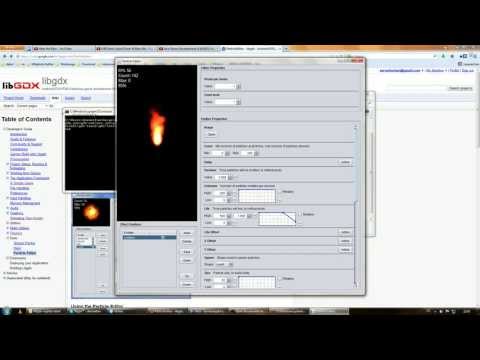