Setting the Project Up

If you want to work on the code of libGDX itself, you need to get it set up on your local machine. For this, Android Studio is strongly recommended as IDE!

If you want to submit code back to the project, please also take a moment to review our guidelines. 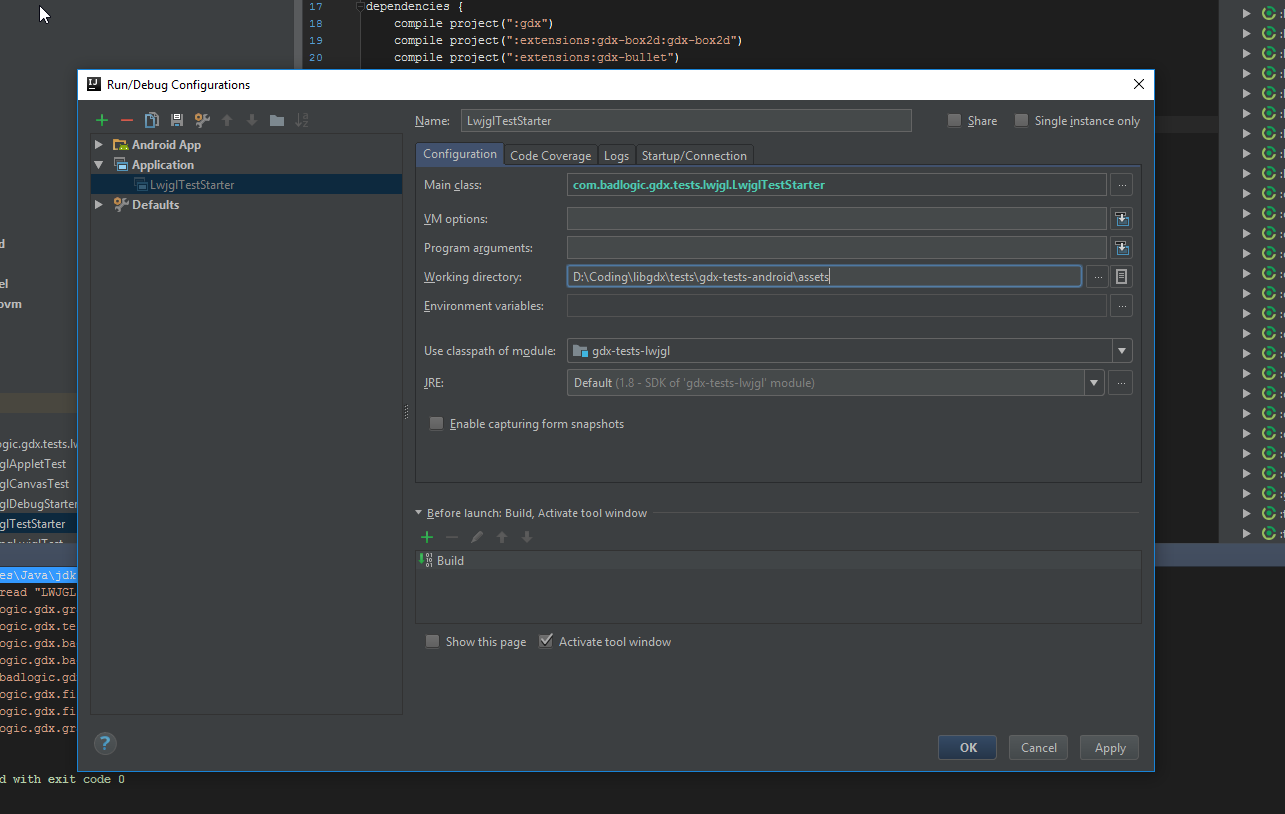 All of the other projects are hooked up and ready to test given that you have set up your system correctly, so give them a go.

Its recommended to run the Android and GWT tests on command line with the following:

To use your local changes in another project, you can install libGDX to your local maven repository by running the following command:

This will build and install libGDX and all core components to your local maven repository with the current version declared in the pom.xml files.

If you want to build the libGDX natives yourself, you can find instructions here.