libGDX offers a setup tool, which automatically creates a project and downloads everything necessary.

To setup your first project and download the necessary dependencies, libGDX offers a setup tool.

This will open the following setup that will allow you to generate your project: 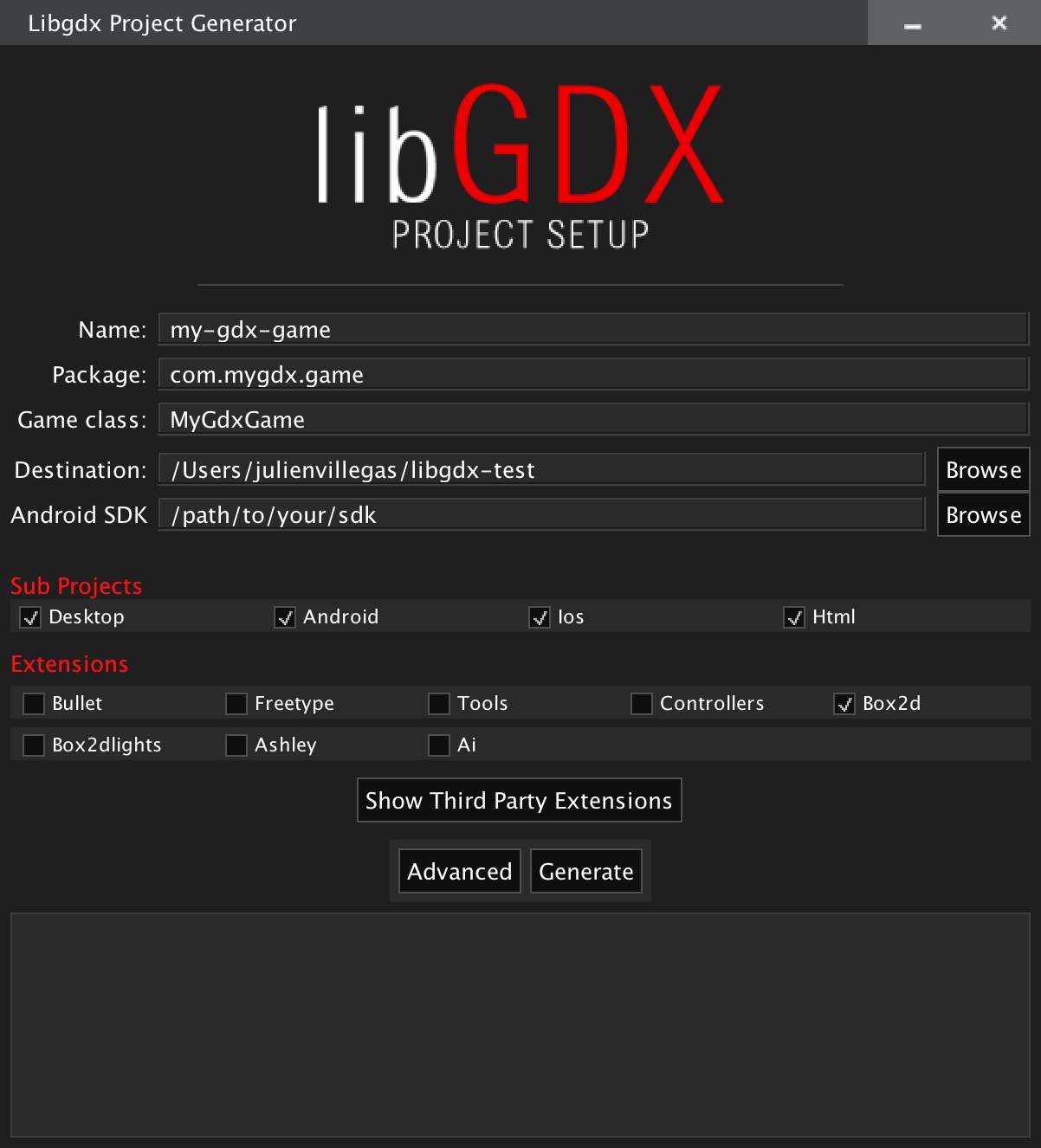 Note: Instead of the User Interface of the Setup Tool you can also use the command-line to create your project.

You are asked to provide the following parameters: 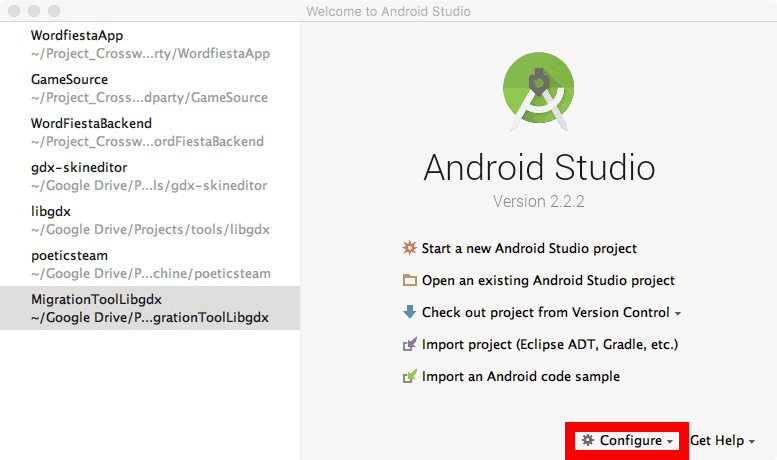 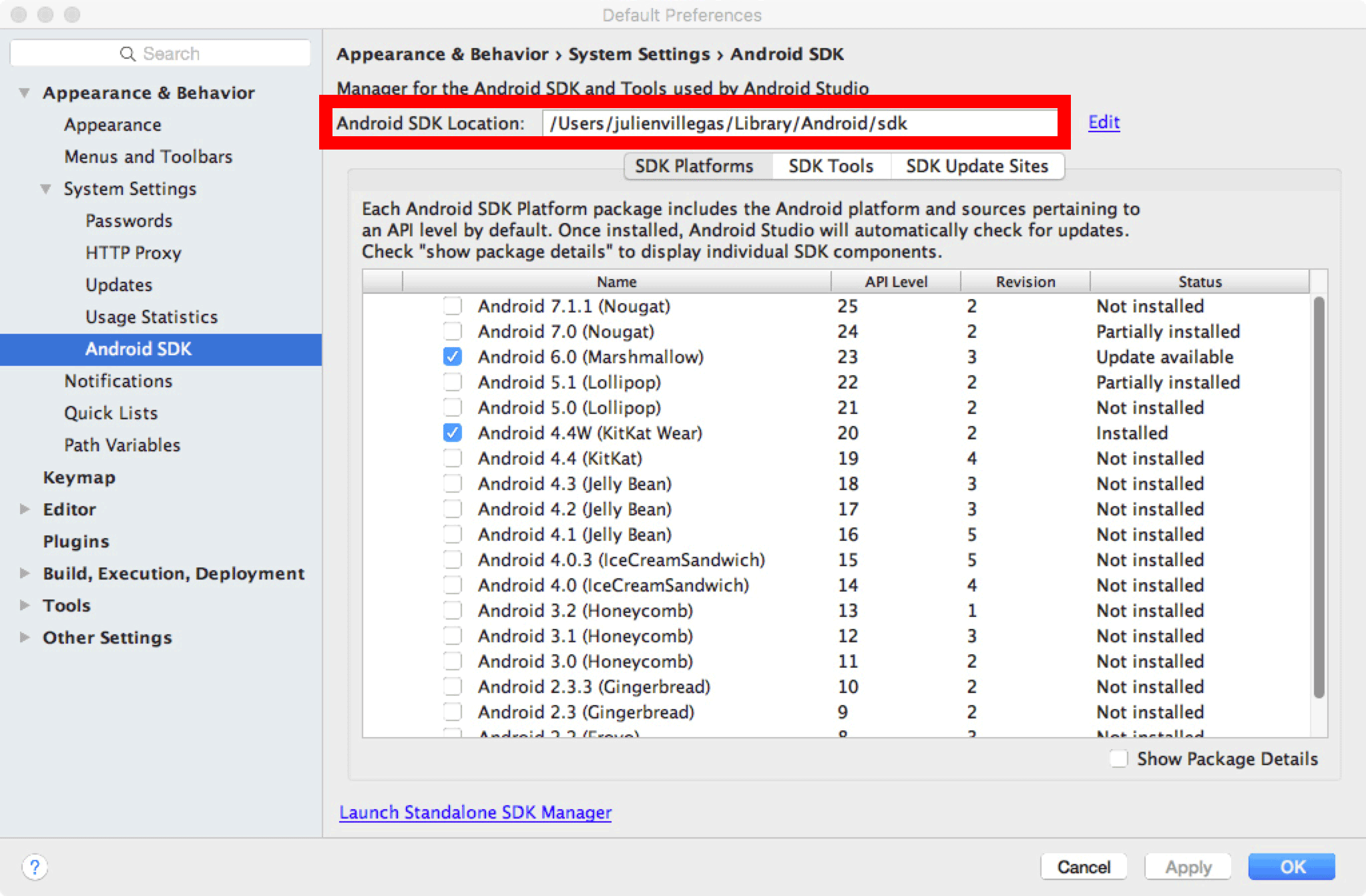 Note: iOS projects can only be compiled on macOS.

By clicking “Show Third Party Extensions” you can access a list of community-made libGDX extensions. If you want to add extensions later on, please take a look at this wiki page.

Note: You may get a message indicating that you have a more recent version of Android build tools or Android API than the recommended. This is not a blocking message and you may continue.

This will create a directory called mygame with the following layout:

Gradle is a dependency management system and thus provides an easy way to pull in third-party libraries into your project, without having to manually download them. Instead, Gradle just needs you to provide it with the names and versions of the libraries you want to include in your application. This is all done in the Gradle configuration files. Adding, removing and changing the version of a third-party library is as easy as changing a few lines in that configuration file. The dependency management system will pull in the libraries you specified from a central repository (in our case Maven Central) and store them in a directory outside of your project. Find out more in our wiki.

Now you are ready to import the project into your IDE and run it.